Cleveland Clash center Jade Wren takes her mother and grandmother’s Korean family values to heart, and living up to their expectations is a big part of that plan. But there’s another side of Jade that longs for something more than teaching elementary school and marrying a nice Korean guy. That’s the side that decides to kiss a sexy American stranger, simply to prove that she can stray from the straight and narrow every once in a while without anything bad happening. Except, the guy isn’t exactly a stranger. He’s sports radio shock jock Rome Rizzelli, and as far as the Cleveland Clash is concerned, he’s Public Enemy No. 1.

Rome isn’t the kind of guy to argue when a beautiful woman kisses him in a bar during a break at a remote broadcast, but the same beautiful woman ends up singled out by his new, feminist producer and invited on air to talk about women’s tackle football. It’s a battle of the sexes—a battle he needs to win to save his job and continue to support his disabled mother and younger sister. But Jade is no pushover, and Rome can’t decide whether that’s a turn-on or reason to fight back even harder.

When Jade’s cameo appearance on the Riled up with Rome show turns into a regular gig, the gloves—among other things—come off, leaving Jade and Rome bare. But can two strong personalities, who have found security in keeping up appearances, let down their guards long enough to fall in love?

Jade left the restroom on determined strides, the blood whooshing in her ears. And even though the stairs to the bar were narrow and someone was heading down, she charged up anyway. You’re just going to have to move, buddy.

Glancing up—way up the steep incline—she saw the guy, all blue jeans and James Dean swagger, slow his pace. She slowed hers too as they met in the middle with two free steps in between.

There was a hint of a smile on his face. A little sexy. A little cocky.

Trusting a guy like that was the last thing on her mind.

She smiled, too, until her mother’s words of warning echoed in her head. Don’t trust your judgment.

But they were wrong. She could trust her judgment. She’d been on her own for six months now, and nothing terrible had happened. Just because she strayed from the straight and narrow every once in a while didn’t mean she was doomed. And to prove it ...

She raised up on her toes, closed the distance between them, and laid one on him. The kiss was sharp and short, like a bold period at the end of a hard-hitting sentence. But before she could pull away, she took a breath, filling her nose with the soft scents of denim, soap, and beer. Her mouth watered. Her brain told her to be still. Just a little bit longer.

When, bam! He came alive, brushing his lips back and forth across hers in a simple but sensual motion. He skimmed his hand up her hip, raising chill bumps on her skin. And then, he sucked her upper lip between his before he pulled back and whispered, “Hello, there” in a low, dreamy voice that somehow seemed familiar.

“Hi,” she whispered back, only to be drowned out by the group of women from the restroom.

They barreled up the stairs behind her amid laughter and a ruckus that made her think about her friends, who were waiting upstairs. Holy crap! Talk about getting sidetracked.

The sexy stranger didn’t say another word. He just stepped aside to let her pass, but not before he unleashed a killer smile that seemed to be saying, “Come find me later.”

But she wouldn’t. It was hard to get into any real and lasting emotional trouble when you didn’t take your interactions with the opposite sex seriously. That’s why she didn’t do relationships. Too risky. Her analytical mind preferred calculated risks. Like kissing some guy you would probably never see again—no numbers exchanged, no names.

As the women pushed at her back, she stepped up and up again, and for a split second, Jade and the mystery man finally stood on the same step. He was short! What a shame! A little bit of his sexy shine wore off, which was probably a good thing. All the more reason not to take it beyond one random kiss.

Caught up in the wave of women, Jade climbed the rest of the stairs, still feeling the rush of kissing a perfect stranger in the stairwell. Her mother and grandmother would call that bad judgment. Definitely.

But at the top of the steps, she looked up at the suspended ceiling and smiled. The sky hadn’t fallen. She’d kissed a sexy—albeit short—stranger, and absolutely, positively nothing bad had come of it.

“Where the hell have you been?” Jillian ran toward her. “And why aren’t you answering your texts? You’re never going to believe who is here tonight!”

“Rome Freaking Rizzelli! And rumor has it, he’s hot! I don’t know, though. We haven’t seen him yet. He’s on a break.”

Jade’s steps faltered. A bathroom break? She swallowed hard. No. It couldn’t be. But there had been something familiar about that voice.

“Come on!” Jillian pulled on her arm. “You’re not going to want to miss this.”

Then why did she feel like she absolutely, positively did?

Elley Arden is a born and bred Pennsylvanian who has lived as far west as Utah and as far north as Wisconsin. She drinks wine like it’s water (a slight exaggeration), prefers a night at the ballpark to a night on the town, and believes almond English toffee is the key to happiness. Elley writes books with charming characters, emotional stories, and sexy romance. For a complete list of Elley’s books and social media links, visit www.elleyarden.com. 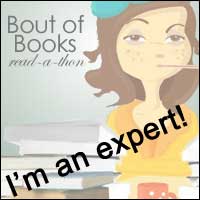