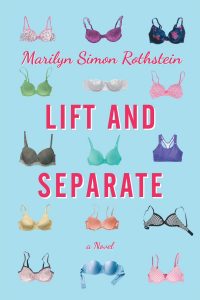 About Lift And Separate


Marcy Hammer’s life has been turned upside down. Her husband, the head of a global brassiere empire, didn’t think twice about leaving her after thirty-three years of marriage for a 32DD lingerie model. Now Harvey the Home-Wrecker is missing in action, but Marcy’s through thinking about what a cliché he is. What she needs now is a party-size bag of potato chips, a good support system, and a new dress.
Striking out on her own is difficult at first, but Marcy manages to find traces of humor in her heartbreak. Even while devastated by Harvey’s departure, she still has her indomitable spirit and her self-respect. She has no intention of falling apart, either, even when her adult children drop a few bombshells of their own and she discovers a secret about her new, once-in-a-lifetime friend. Life may be full of setbacks, but by lifting herself up by her own lacy straps, Marcy just may be able to handle them all.

“Lift And Separate is a laugh-out-loud, heartwarming story that begs to be a blockbuster starring Nicholson and Keaton and shares the vulnerability, wisdom, and brilliance of Nora Ephron’s Heartburn.” —Jennifer Belle, bestselling author of High Maintenance
“Lift And Separate takes us on a funny but moving journey through heartbreak, hilarity, betrayal, and healing. Marcy Hammer is a hammer indeed! Rooting for her all the way, one is exhilarated by the journey Marilyn Simon Rothstein gives her without ever burning a single bra! Hip-hip hurrah!” —Lanie Robertson, writer of Lady Day at Emerson’s Bar & Grill, the Tony Award–winning play

I loved this book! I adore the cover.  At first glance, this book looks like a light, happy, chick lit romance.  Though it does have light and fun elements, so much of the book is very emotional and much  deeper than chick lit. Despite being younger than Marcy, I really related to her in a lot of ways, particularly in her relationship with her mother and her children.  The issue of dealing with loss in this book--loss of marriage,  losing the mother she once knew due to aging and cancer--is handled beautifully. This book could be just downright depressing, but the author handled the subject in such a way that you can find the positives in a potentially miserable situation. Poor Marcy just has one problem after another thrown at her, and the author made it easy to root for her throughout the whole book since she was such a likable character.

I loved the author's writing style! I flew through this book's effortless writing because I had to know what happened next. It was a hard one to put down! This is an excellent debut novel, and I look forward to future books by Marilyn! 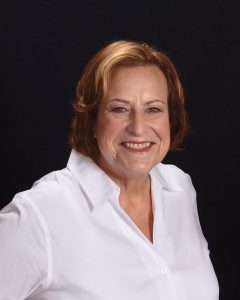 For more than twenty-five years, Marilyn Simon Rothstein owned an advertising agency in Connecticut. She grew up in New York City, earned a degree in journalism from New York University, began her writing career at Seventeen magazine, and married a man she met in an elevator.
Lift And Separate is her debut novel.
Connect with Marilyn
Facebook | Amazon