Blog Tour: Heart on a Leash 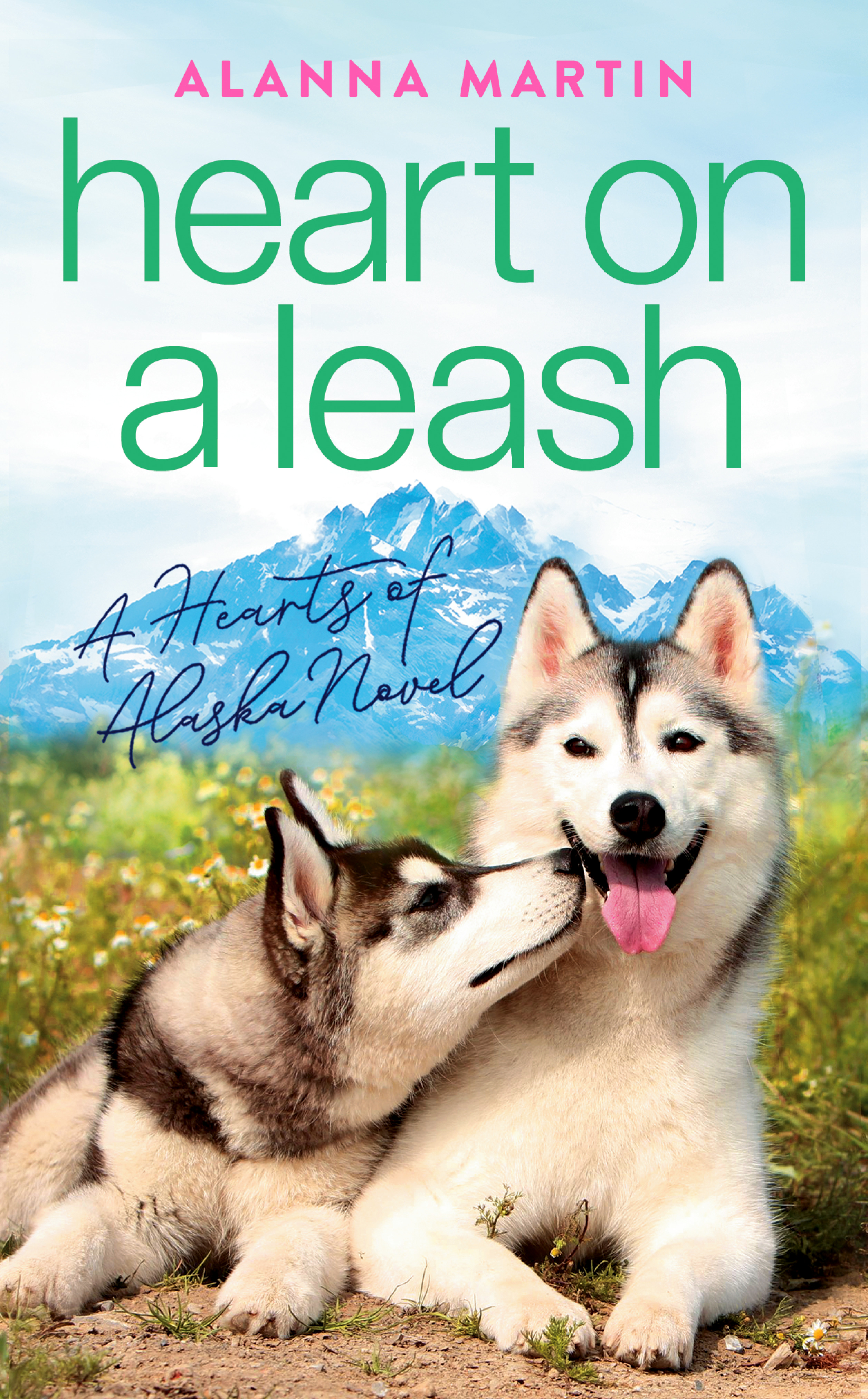 Heart on a Leash
By Alanna Martin
368 pages
Published April 27, 2021 by Berkley
Note: I received this book directly from the publisher via Net Galley to facilitate my review. All opinions are my own and I received no other compensation.
About the Book:
Taylor Lipin has made it her life's mission to leave her hometown and its ridiculous, century-old feud with the Porters behind. But when her sister needs help running the family inn, Taylor agrees to return to Helen, Alaska on a temporary, definitely not longer than two weeks, basis. Or so she thinks, until she's quite literally swept off her feet and into enemy territory by three happy huskies and their drool-worthy owner, Dr. Josh Krane.

Though Josh didn't grow up in Helen with the rest of his Porter cousins, he's heard the stories: Porters rescue huskies. The Lipins are cat people. Keep to your pack. But Taylor is too tempting to give up—plus, his dogs love her.

As Taylor and Josh grow closer, tensions in the town escalate and the need for secrecy starts taking a toll. Soon they'll need to decide whether their newfound love is just a summer fling or if they've found their forever home.
Quick Thoughts/Mini Review
I really enjoyed this fun read--the characters were delightful (especially the furry ones!) and I loved the chemistry between Josh and Taylor.  The Alaska setting was also something I loved about the book. This is a perfect summer beach read!
Excerpt

Ever since she was little, Taylor had been determined that-in her six-year-old self's words-she was going to be a "business lady." Little Taylor had devoted countless hours to making her Barbie dolls into perfect "business ladies," which had mainly meant they wore stylish clothes, worked in tall buildings, and bossed people around. Her understanding had expanded as she grew older, but her desire to leave home and work someplace with tall buildings and stylish clothes had not. Taylor had taken off to Southern California for college and never turned back.

It was true that sometimes she wondered if she was still chasing an ephemeral ideal, because working in marketing had not lived up to her childhood expectations. And it was also true that sometimes, more frequently in recent years, she'd started wondering if she should have left childhood ideals in childhood and chosen a field that didn't make her feel like her soul was being crushed on a daily basis.

But it was just as true that returning home and working at the inn remained on her list of Things to Consider Only before Selling Off Internal Organs. But even then, it might depend on which organ. No one needed two kidneys.

Lydia was still speaking, and Taylor caught the end of her last sentence. ". . . to help shut down the gossip too."

"The usual. Mostly people speculating about affairs and garbage like that. All instigated by the Porters, I'm sure."

Taylor snorted. Possibly living so long in L.A. had changed her perception about such things. "Can anyone back home actually have an affair without everyone else knowing about it?"

"Dan Fidel, the high school principal, carried on with a third-grade teacher for two years before his wife found out. So yes. But that's not the point. The Porters are spreading lies, and rumor is Wallace is considering running against Dad for mayor. They've been looking for ways to cut us down since the article. We can't afford to let them see us struggle. This is about family, however fractured we currently are."

With her free hand, Taylor poked at the foam on her coffee. Sure, it was only eight in the morning, but she might need something stronger to drink if this was turning into a Lipin-Porter battle on top of a regular family disaster. Unfortunately, she could easily believe the Porters would try to take advantage of her family's situation. After the Bay Song's write-up, they'd started a whisper campaign that the hotel had only gotten such a glowing recommendation because her family had bribed the writer. Or, depending on which Porter was talking, because Lydia had slept with the guy.

It was easy for Taylor to roll her eyes from the California coast, but back home, the nastiness was something her family had to deal with on a daily basis. It was also another reason Taylor had been eager to leave.

The coffee shop's door opened, and this time Stacy entered, along with a whiff of exhaust from the delivery truck idling outside. Her friend waved and began worming her way through the crowd.

"We can talk more about this later," Taylor said. "I need to go."

"Fine. Will you think about what I said? Please."

"Promise." It was an easy one to make. Taylor doubted she could do anything else.

Growing up, Alanna Martin wanted to be an astronaut, a doctor, and an actor--possibly all at once. After nine years of studying psychology, she somehow became a writer instead. This turned out to be the best career choice of all because she can work in her pajamas while drinking wine. She firmly believes in the power of fluffy books, long walks in the woods, and that there's no such thing as too much coffee.