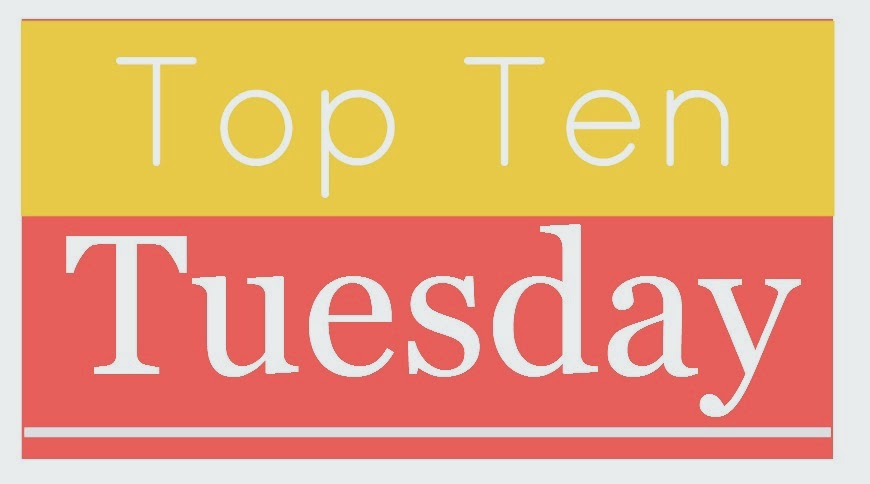 Top Ten Tuesday is a weekly meme hosted by The Broke and the Bookish. This week's theme is: Top Ten Fictional Characters I'd Want With Me if I was Starnded on a Deserted Island! This topic is awesome! I picked my Top 7, so here they are, in no particular order:
* Katniss Everdeen from The Hunger Games series: She's got survival skills and I don't. Simple as that!
* Etienne St. Clair from Anna and the French Kiss: gorgeous guy with an English accent? Count me in!
*Parker Brown from Nora Roberts' Bridal Quartet series: if anyone would have a plan to save us from said deserted island, this girl would!

* Hermione Granger from the Harry Potter series: she loves the library and she knows magic. Would love to hang out with her! Plus she could magic our way out of trouble. Or, if we like it there, magic something to make it livable.

* Dr. Carlisle Cullen from the Twilight series: I admit it. I love Twilight. Don't hate me. Regardless, Carlisle IS a doctor. So he has that going for him. And he could protect us from other vampires.

*Jacob Black from the Twilight series. Hot guy that turns into a werewolf? No problems here. Plus, if it was cold at night he could keep me warm. Hahaha....

* Four from the Divergent series. Because now that I've seen the movie, I think of Theo James....and smile.  We need some eye candy on this island, right?


What fictional character would you like to be stranded with on a deserted island?