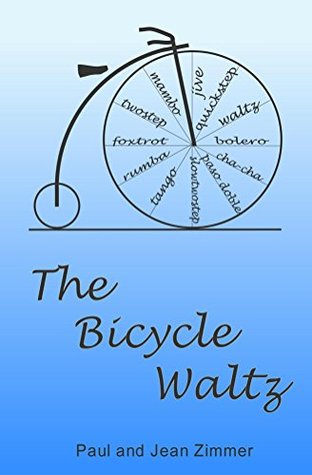 Note: I received this book from Reading Addiction Virtual Book Tours to facilitate my review. I received no other compensation, and all opinions are my own.


Haunted by a traumatic incident in his past, Alan Christiansen desperately wants to learn how to dance.  After several failed attempts, he stumbles onto Choreographed Ballroom Dance (Round Dance), and begins to make progress.  His instructors, Ray and Shelly Tenrio, are famous in the Round Dance world, popular choreographers and featured teachers on the festival circuit.  Once married, they are now divorced, but Ray seeks a reconciliation.   Shelly's world is turned upside down when one of her nephews is diagnosed with a rare case of thyroid cancer.  As his parents fly around the country searching for answers, it falls to Shelly to care for his twin brother.  Uncomfortable with children in general and boys in particular, she turns to Alan for help.   Thrown together with the sort of man she used to disparage, she discovers hitherto unsuspected talents and depth in Alan, and unsuspected and somewhat unwelcome feelings in herself.  In the end, Shelly must choose between the sort of life she's always known with Ray and a life she's only glimpsed with Alan.  Along the way, we learn about round dance, romance, thyroid cancer, Silicon Valley startups, the wit and wisdom of Bill Watterson, and what sort of vegetable goes best with tuna-chip casserole.

I really loved this book--it was so charming!! As someone who loves dancing, I really enjoyed the detail the authors included of the dance classes. Since I took a social dance class in college (and numerous other styles of dance) I could follow the "class" in the book relatively well, which I really enjoyed ("slow, quick quick!").  I also loved the characters--especially Alan. I loved how reserved he seemed on the outside, but full of surprises (aka the tuna chip casserole) he was once you got to know him better.

The writing style is very simple; it did take a bit of getting used to for me. The story was so enjoyable though that the writing style works well with the story.  The book is an easy, fun read, and short enough to enjoy over a weekend. I definitely recommend this book for those that love and appreciate any form of dance, but especially round dance or ballroom. If you're not a dance enthusiast, all the dance class dialogue may be too much for you.  But overall it's a delightful and fun read!! Paul and Jean Zimmer are first time authors.  “The Bicycle Waltz” began with casual remark by Jean that it would be great if somebody were to write a book featuring their favorite pastime, Choreographed Ballroom Dance (Round Dance).  That is, somebody else should write such a book.  But then a story began to form around a germ of an idea Paul had while watching some instructors at a dance festival.  Pretty soon, the story had taken on a life of its own.  Scenes played out across the kitchen table and the characters became like old friends, crying out to have their story told.  Before they knew it, the book had practically written itself.
Paul is, by training, a computer chip designer.  He has worked at several large companies, including Hewlett Packard and Cisco, as well as several start-ups, so he had the knowledge to describe this world to readers.  He has written many award-winning technical papers, but these are (or are intended to be!) non-fiction.  Writing fiction required something of a leap of faith.
Jean trained as a speech therapist, but left the working world to become a full-time mom when their twin sons were born.  She is an avid reader, and she knows what makes a story flow.  Her detail-oriented approach was the perfect balance to Paul’s impatience to get on with the story, and she thoroughly enjoyed the opportunity to help craft a story herself.
In addition to their twin sons, the Zimmers have a daughter.  It is her thyroid cancer story that Matthew lives in “The Bicycle Waltz." The Zimmers have traveled far and wide, and lived in Germany and England.  They currently live in Roseville, CA, near Sacramento, where they are active in the local Round Dance community.
Website:  www.thebicyclewaltz.com
Facebook:  www.facebook.com/thebicyclewaltz