Kimberly @ Kimberlyfaye Reads started a new weekly feature this week that I'm really excited about! You should join in the fun, too!


The purpose of the feature is to spotlight a title from your shelf or eReader to see what others think about it. Have you read it? Should I read it or put it back on the shelf? It’s a way to dust off those older books that have been sitting on our TBR and decide if they’re worth reading or just need removed from the list! 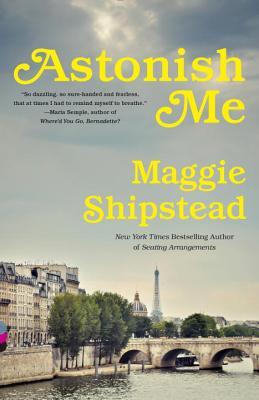 From the author of the widely acclaimed debut novel "Seating Arrangements," winner of the Dylan Thomas Prize: a gorgeously written, fiercely compelling glimpse into the passionate, political world of professional ballet and its magnetic hold over two generations.
"Astonish Me" is the irresistible story of Joan, a ballerina whose life has been shaped by her relationship with the world-famous dancer Arslan Ruskov, whom she helps defect from the Soviet Union to the United States. While Arslan's career takes off in New York, Joan's slowly declines, ending when she becomes pregnant and decides to marry her longtime admirer, a PhD student named Jacob. As the years pass, Joan settles into her new life in California, teaching dance and watching her son, Harry, become a ballet prodigy himself. But when Harry's success brings him into close contact with Arslan, explosive secrets are revealed that shatter the delicate balance Joan has struck between her past and present.
In graceful, inimitable prose, Shipstead draws us into an extraordinary world, and the lives of her vivid and tempestuous characters. Filled with intrigue, brilliant satire, and emotional nuance, "Astonish Me" is a superlative follow-up to Shipstead's superb debut.

Has anyone read this one? What did you think? I bought it awhile back and haven't gotten around to reading it yet!
TBR Thursday