About The Girl Who Stayed 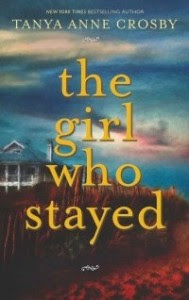 • Hardcover: 292 pages • Publisher: Story Plant (April 19, 2016) Zoe Rutherford wasn't sure what she was expecting when she returned to Sullivan's Island. The house on Sullivan's hadn't represented home to her in decades. It was the place where she endured her father's cruelty. It was the place where her mother closed herself off from the world. It was the place where her sister disappeared. But now that her parents are gone, Zoe needs to return to the house, to close it down and prepare it for sale. She intends to get this done as quickly as possible and get on with her life, even though that life seems clouded by her past, both distant and recent. But what she discovers when she gets there is far beyond her imagining and will change her in profound ways. The Girl Who Stayed is a remarkable exploration of the soul by a writer with a rare talent for reaching into the hearts of her characters and her readers, a novel of transformation that will leave you moved and breathless. Praise “A beautifully written, page-turning novel packed with emotion.” – #1 New York Times bestselling author Barbara Freethy “The Girl Who Stayed is a deeply moving story. I am fascinated by the concept and by Tanya Crosby's stunning storytelling.” - Stella Cameron, New York Times
bestselling author

This book was intense! It dealt with some pretty heavy themes and situations, so if you're expecting a light and easy read, this is not the one! That being said, this was an excellent book! What stood out to me the most was the beautiful, eloquent writing. I'll admit there were times when I didn't feel as invested in the story, but the writing was so eloquent I couldn't stop reading it. Because of this, I read 2/3 of the book in a 24 hour period.

I did have a bit of a tough time relating to Zoe, in the beginning of the book, but after sticking with it and getting a third of the way through the book, I was hooked. I love how well Crosby structured the book--the storytelling was amazing. There were several flash backs that were woven perfectly into the story and didn't feel awkward. The ending surprised me and made the book memorable for me. If you enjoy suspenseful novels with a lot of depth, this is the book for you!

Tanya Anne Crosby is the New York Times and USA Today bestselling author of twenty-five novels. She has been featured in magazines, such as People, Romantic Times and Publisher's Weekly, and her books have been translated into eight languages. Her first novel was published in 1992 by Avon Books, where Tanya was hailed as "one of Avon's fastest rising stars." Her fourth book was chosen to launch the company's Avon Romantic Treasure imprint. Known for stories charged with emotion and humor and filled with flawed characters, Tanya is an award-winning author, journalist, and editor, and her novels have garnered reader praise and glowing critical reviews. In 2013, she penned her first romantic suspense novel, Speak No Evil, which appeared on the USA Today list. The Girl Who Stayed brings her full circle to work with Lou Aronica, President and Publisher of The Story Plant, who first published Tanya at Avon Books. Tanya and her writer husband split their time between Charleston, SC, where she was raised, and northern Michigan, where the couple make their home. Find out more about Tanya at her website and on her blog, and connect with her on Facebook and Twitter.