Showing posts from February, 2017
Show all

This is a weekly meme hosted by Kathryn @ The Book Date.
What I Just Finished Reading What I'm Currently Reading/Listening To
Super close to being done with Yes Please, and just started I Liked My Life last night!
What I Plan To Read Next

What are you reading this week? Happy Reading!
6 comments
Read more

This is a weekly meme hosted by Kathryn @ The Book Date.
What I Just Finished Reading Read my review here! What I'm Currently Reading/Listening To What I Plan To Read Next
What are you reading this week? Happy Reading!!
1 comment
Read more 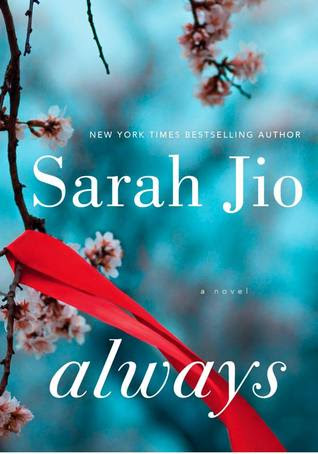 While enjoying a romantic candlelit dinner with her fiance, Ryan, at one of Seattle's chicest restaurants, Kailey Crane can't believe her good fortune: She has a great job as a writer for the Herald and is now engaged to a guy who is perfect in nearly every way. As they leave the restaurant, Kailey spies a thin, bearded homeless man on the sidewalk. She approaches him to offer up her bag of leftovers, and is stunned when their eyes meet, then stricken to her very core: The man is the love of her life, Cade McAllister.

When Kailey met Cade ten years ago, their attraction was immediate and intense everything connected and felt "right." But it all ended suddenly, leaving Kailey devastated. Now the poor soul on the street is a faded version of her f…
4 comments
Read more

Release Day Blitz: To Rome, With Love by T.A. Williams 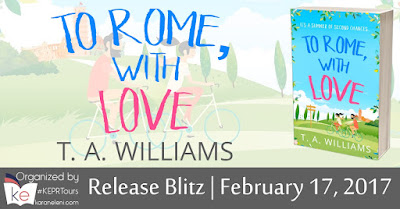 Top Ten Tuesday: All About Romance 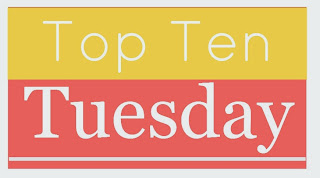 Top Ten Tuesday is a weekly meme hosted by The Broke and the Bookish.
This Week's Topic:
All About Romance! My list features some of my favorite romances!
What are some of your favorite romances?
Happy Valentine's Day!
7 comments
Read more

This is a weekly meme hosted by Kathryn @ The Book Date.
I got a lot of reading done this weekend!
What I Just Finished Reading/Listening To
Enjoyed all three books!
What I'm Currently Reading

What I Plan To Read Next
...not sure yet!
What are you reading this week? Happy Reading!
3 comments
Read more 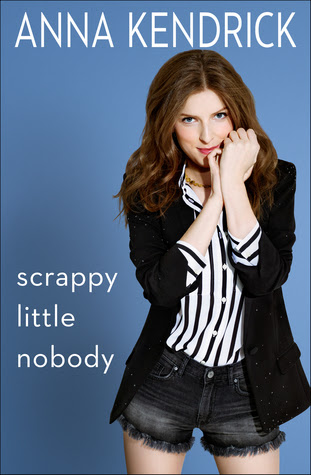 A collection of humorous autobiographical essays by the Academy Award-nominated actress and star of Up in the Air and Pitch Perfect.

Even before she made a name for herself on the silver screen starring in films like Pitch Perfect, Up in the Air, Twilight, and Into the Woods, Anna Kendrick was unusually small, weird, and “10 percent defiant.”

At the ripe age of thirteen, she had already resolved to “keep the crazy inside my head where it belonged. Forever. But here’s the thing about crazy: It. Wants. Out.” In Scrappy Little Nobody, she invites readers inside her brain, sharing extraordinary and charmingly ordinary stories with candor and winningly wry observations.

With her razor-sharp wit, Anna recounts the absurdities she’s experienced on her way to and from the heart of pop culture as only she can—from her unusual path to the performing arts (Vanilla Ice and baggy n…
1 comment
Read more

This is a weekly meme hosted by Kathryn @ The Book Date.
What I Just Finished Reading

Loved both of these books!!
What I'm Currently Reading/Listening To

Just started 1984 last night, and almost done with The Violets of March.
What I Plan To Read Next
...no idea!
What are you reading this week?
7 comments
Read more
More posts