Showing posts from April, 2019
Show all

It’s Monday What Are You Reading? is a weekly reading roundup is hosted by Kathryn at  The Book Date . I had a lot of reading time this past weekend, which was great because I got an awesome stack of books at the library last week! A bunch of my holds all came in a the same time, as they do. Most of Sunday I spent reading, in between going to yoga class and visiting my local bookstore, since I didn't make it on Saturday for Independent Bookstore Day. Right now I'm in the middle of two books and going to start another today. I usually have one going on my kindle and one physical book, but since one of my physical books is nonfiction I'm starting another fiction book as well. It's super sunny this week in Oregon (YAY!) so I'm hoping to get lots of outside reading time! I'm reading the latest from Wendy Wax (LOVE her books!) on my kindle and enjoying it so far. Hoping to finish up in the next day or so. It releases May 14th! I also started Girl, S
1 comment
Read more 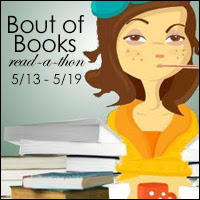 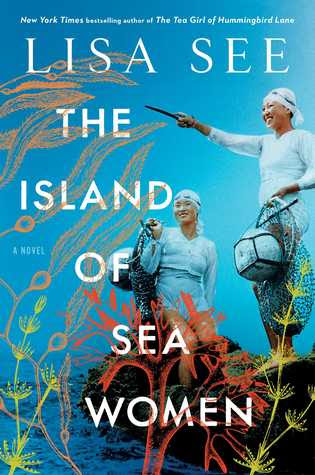 The Island of Sea Women By Lisa See 374 pages Published March 2019 by Scribner Source: Borrowed from Library From Goodreads:  A new novel from Lisa See, the New York Times bestselling author of The Tea Girl of Hummingbird Lane , about female friendship and family secrets on a small Korean island. Mi-ja and Young-sook, two girls living on the Korean island of Jeju, are best friends that come from very different backgrounds. When they are old enough, they begin working in the sea with their village’s all-female diving collective, led by Young-sook’s mother. As the girls take up their positions as baby divers, they know they are beginning a life of excitement and responsibility but also danger. Despite their love for each other, Mi-ja and Young-sook’s differences are impossible to ignore. The Island of Sea Women is an epoch set over many decades, beginning during a period of Japanese colonialism in the 1930s and 1940s, followed by World War II, the Korean War and its aft
1 comment
Read more

TLC Book Tours: Before She Was Found 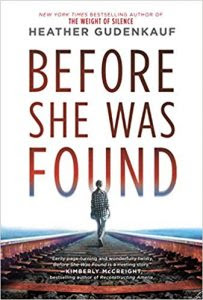 About  Before She Was Found Hardcover: 368 Pages Publisher:  Park Row; Original edition (April 16, 2019) A gripping thriller about three young girlfriends, a dark obsession and a chilling crime that shakes up a quiet Iowa town For twelve-year-old Cora Landry and her friends Violet and Jordyn, it was supposed to be an ordinary sleepover—movies and Ouija and talking about boys. But when they decide to sneak out to go to the abandoned rail yard on the outskirts of town, little do they know that their innocent games will have dangerous consequences. Later that night, Cora Landry is discovered on the tracks, bloody and clinging to life, her friends nowhere to be found. Soon their small rural town is thrust into a maelstrom. Who would want to hurt a young girl like Cora—and why? In an investigation that leaves no stone unturned, everyone is a suspect and no one can be trusted—not even those closest to Cora. Before She Was Found  is a timely and gripping thriller about
3 comments
Read more 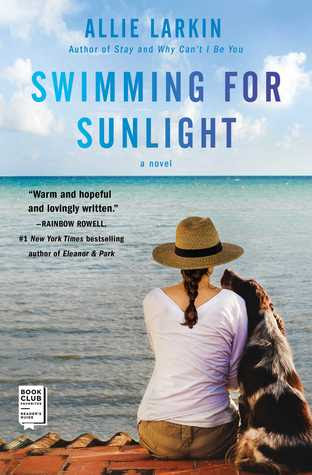 Swimming for Sunlight By Allie Larkin 352 pages Release Date: April 23, 2019 Atria Books   Note: I received this book from the publisher via  NetGalley   to facilitate my review. I received no other compensation, and all opinions are my own . About the Book: When recently divorced Katie Ellis and her rescue dog Bark move back in with Katie’s grandmother in Florida, she becomes swept up in a reunion of her grandmother’s troupe of underwater performers—finding hope and renewal in unexpected places, in this sweet novel perfect for fans of Kristan Higgins and Claire Cook. Aspiring costume designer Katie gave up everything in her divorce to gain custody of her fearful, faithful rescue dog, Barkimedes. While she figures out what to do next, she heads back to Florida to live with her grandmother, Nan. But Katie quickly learns there’s a lot she doesn’t know about Nan—like the fact that in her youth Nan was a mermaid performer in a roadside attraction show, swimming and danc
1 comment
Read more

Top Ten Tuesday is a weekly feature hosted by  That Artsy Reader Girl .  This Week's Topic: Rainy Day Reads This topic is perfect since I live in Oregon...and it's been a super rainy spring. But I do love a good rainy day reading session!  To me, a rainy day read is a book where you can just stay in bed or snuggled up on the couch reading all day because it's just that good. I love those days where I can read the whole book in one day! Here's my list--I included 12 because I couldn't keep it to just 10! One of these is published today--Before She Was Found by Heather Gudenkauf! Look for my review next Monday with TLC Book Tours ! It was my most recent rainy day read!    What are some of your favorite rainy day reads?
9 comments
Read more

Hosted by Taking On A World of Words . The Three W's are: What did you just finish reading? What are you currently reading? What do you think you'll read next? Recently Finished   After reading Allie Larkin's April 23rd release, Swimming for Sunlight, I had to go back and read Stay, her first novel! I love, love, LOVED it.  Her books are a MUST for dog lovers! I also read the April release from Robyn Carr. While I generally enjoy her books, this one wasn't my favorite because I didn't connect with the story as well. If you like Robyn Carr still check this one out though. Currently Reading   I'm enjoying Sunset Beach so far--always love a MKA book to start off the summer! This one releases May 7th! Just starting The Night Tiger, the April book pick for Reese's Book Club! Up Next Moved The Night Tiger in front of this one because it had a shorter time frame at the library but I'm definitely excited to dive
3 comments
Read more 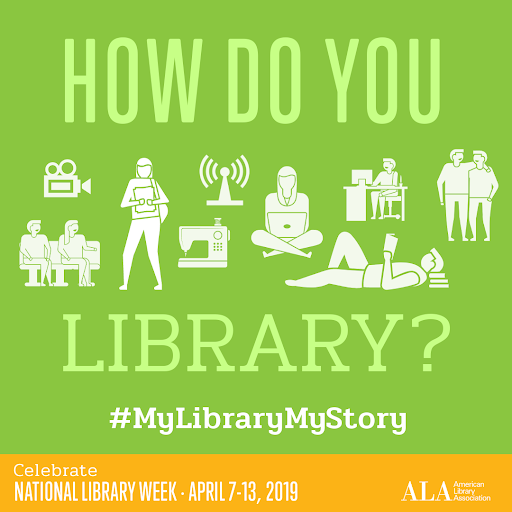 This week is National Library Week! It's no secret that I LOVE the library!This is my second year participating in the Library Love Challenge here on the blog but I've been going to the library ever since I was little. I remember my mom taking me frequently, coming home with armloads of books. I remember Library Day was my favorite day of the week in elementary school! Right up there with Read In Day--did anyone else do read ins? You bring blankets and books to school and read all day long? Can this be a thing for adults?? :) You can read more about my love of books in general, including libraries, in my This I Believe essay.   I'm super lucky here in Oregon to have access to an amazing library network where I have access to books and other materials from across all the member libraries. In addition, I have access to audiobooks and ebooks through OverDrive and Libby . There are library branches close to where I live and where I work, so I'm never too far
Post a Comment
Read more

Hosted by Taking On A World of Words . The Three W's are: What did you just finish reading? What are you currently reading? What do you think you'll read next? Recently Finished    I absolutely LOVED this book. All the feels with this one! If you are a dog lover, this is a MUST read! I also read Fahrenheit 451, which I realized I hadn't read after reading The Library Book by Susan Orlean. I generally don't get too excited about classics, but this was a good quick read. Currently Reading   Always excited for a new Robyn Carr read! This one releases at the end of April and I'm enjoying it so far! Up Next Picked up both of these at the library yesterday! What are you reading this week? Happy Reading!!
1 comment
Read more
More posts