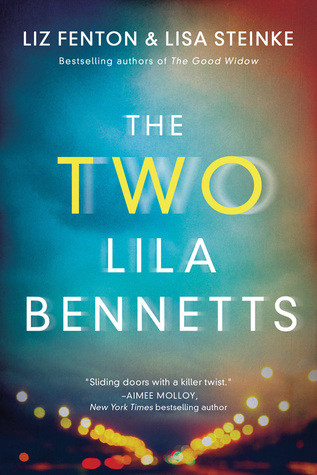 Note: I received this book from the publisher via NetGalley to facilitate my review. I received no other compensation, and all opinions are my own.

Lila Bennett’s bad choices have finally caught up with her. And one of those decisions has split her life in two. Literally.

In one life, she’s taken hostage by someone who appears to be a stranger but knows too much. As she’s trapped in a concrete cell, her kidnapper forces her to face what she’s done or be killed. In an alternate life, she eludes her captor but is hunted by someone who is dismantling her happiness, exposing one secret at a time.

Lila’s decorated career as a criminal defense attorney, her marriage, and her life are on the line. She must make a list of those she’s wronged—both in and out of the courtroom—to determine who is out to get her before it’s too late. But even if she can pinpoint her assailant, will she survive? And if she does, which parts of her life are worth saving, and which parts must die? Because one thing’s for certain—life as Lila Bennett knew it is over.

The format and premise of this book was fantastic!  It reminded me of Maybe in Another Life by Taylor Jenkins Reid.  Because each chapter switched between "taken" and "free" you could NOT put this book down!! Sometimes you'd get clues to the "other life" in the opposite chapter--which also makes you want to keep reading! Several chapters ended on cliffhangers too--and then switched to the other chapter.  It was such a well crafted, masterpiece of a book!

That being said, I did not like Lila as a character. She made bad choice after bad choice and told lies every opportunity she had. But she did evolve throughout the book and she did grow on me a little.  It's best to go into this book knowing as little as possible so I won't say too much more about the book--other than it's definitely an excellent, fast past thrill of a read! Liz and Lisa never disappoint!
book review