Showing posts from December, 2019
Show all

Top Ten Tuesday is a weekly feature hosted by That Artsy Reader Girl.
This Week's Topic: Favorite Books I Read in 2019
I've been excited about this post for awhile! I read SO MANY good books in 2019. It was HARD to choose! I had to do a Top 12.  I was editing this list up until YESTERDAY because I finished JT Ellison's Good Girls Lie and had to add it to my list!

What were your top reads of 2019?
2 comments
Read more 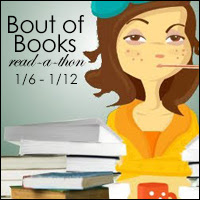 Bout of Books 27 is just around the corner!! The readathon starts January 6! Bout of Books is my favorite reading event!  I've connected with so many other awesome bloggers and readers through this event in the past and I'm excited to do it again! I'm NOT a fan of Winter, and January is my least favorite month, so Bout of Books is the perfect way to cheer me up!

New to Bout of Books? Here's all the info:


What I love most about Bout of Books is that is is stress free and FUN! It's a week t…
2 comments
Read more 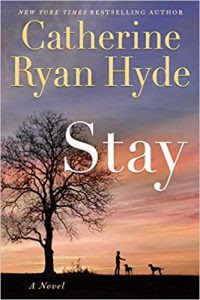 An unforgettable novel about the power of friendship and kindness by the New York Times bestselling author of Pay It Forward.
In the summer of 1969, fourteen-year-old Lucas Painter carries a huge weight on his shoulders. His brother is fighting in Vietnam. His embattled parents are locked in a never-ending war. And his best friend, Connor, is struggling with his own family issues. To find relief from the chaos, Lucas takes long, meandering walks, and one day he veers into the woods.
There he discovers an isolated cabin and two huge dogs. Frightened, he runs. And the dogs run with him. Lucas finds unusual peace in running with the dogs, and eventually he meets their owner, Zoe Dinsmore. Closed off and haunted by a tragic past, Zoe has given up. She doesn’t want to be saved. She wants out. But Lucas doesn’t want her to go, and he sees an opportunity to bring more than one friend back into the light…
2 comments
Read more

About Good Girls Lie Hardcover: 464 Pages Publisher: MIRA; Original edition (December 30, 2019) Goode girls don’t lie… Perched atop a hill in the tiny town of Marchburg, Virginia, The Goode School is a prestigious prep school known as a Silent Ivy. The boarding school of choice for daughters of the rich and influential, it accepts only the best and the brightest. Its elite status, long-held traditions and honor code are ideal for preparing exceptional young women for brilliant futures at Ivy League universities and beyond. But a stranger has come to Goode, and this ivy has turned poisonous. In a world where appearances are everything, as long as students pretend to follow the rules, no one questions the cruelties of the secret societies or the dubious behavior of the privileged young women who expect to get away with murder. But when a popular student is found dead, the truth cannot be ignored. Rumors suggest she was struggling with a secret that drove her to suicide. But look closely…
2 comments
Read more

Top Ten Tuesday is a weekly feature hosted by That Artsy Reader Girl.
This Week's Topic: Winter TBR  I ALWAYS have a big stack of books I'm going to read in the near future--here's what's on my radar for the next couple months!
There are SO MANY books I'm excited about this Winter! I could've easily listed another ten! What books are on your Winter TBR this year? Happy Reading!
2 comments
Read more

Note: I received this book from the author and publisher via NetGalleyto facilitate my review. I received no other compensation, and all opinions are my own.

About the Book: An unforgettable historical about true love found and lost and the secrets we keep from one another from an award-winning author.

Selina Lennox is a Bright Young Thing. Her life is a whirl of parties and drinking, pursued by the press and staying on just the right side of scandal, all while running from the life her parents would choose for her.

Lawrence Weston is a penniless painter who stumbles into Selina's orbit one night and can never let her go even while knowing someone of her stature could never end up with someone of his. Except Selina falls hard for Lawrence, envisioning a life of true happiness. But when tragedy strikes, Selina…
Post a Comment
Read more

Hosted by Taking On A World of Words.

The Three W's are:


Get A Life, Chloe Brown was Book #100 of 2019! I met my Goodreads goal! I absolutely loved it. Such a delightful, feel good book that takes on serious themes with ease. I also finished The Glittering Hour (Book #101 of 2019), which I liked--full review on the blog tomorrow. Currently Reading

Just starting these two. Review will be on the blog for Stay on December 20!

These three are on my radar for the next couple weeks! I haven't read any holiday books yet, so I'm excited about this one from Sarah Morgan. Good Girls Lie and Husband Material are on the calendar for blog tours in early January, so I'll be starting those soon!

What are you reading this week? Happy Reading!
1 comment
Read more

- December 06, 2019
I saw this post on Lisa Loves Literature's blog, a new blog I've been following recently! It looked like fun! Here are my answers:

1.  HOW MANY BOOKS ARE TOO MANY FOR A SERIES?
I think it really depends on the series. 3-4 seems appropriate, but if there is still more to explore, longer is fine. Also: anyone have any good series recommendations? It's been awhile since I've gotten sucked into a good series!2.  HOW DO YOU FEEL ABOUT CLIFFHANGERS?If this question means cliffhangers in a series...then I love them if it's a series that's been out for awhile and I can quickly read the next book! Ha! But seriously, I don't mind them.  It makes reading more exciting for sure.3.  HARDCOVER OR PAPERBACK?While I love books in any form, I do prefer paperback. Hardcovers are great, but they're also heavy! I carry a book with me everywhere. Literally everywhere. There's always one in my purse. Paperback are much more purse friendly.  I carry my kindle on me too at a…
3 comments
Read more

Hosted by Taking On A World of Words.
The Three W's are:

What did you just finish reading? What are you currently reading? What do you think you'll read next?
Recently Finished I had all last week off.....it was absolutely delightful. I had a great Thanksgiving, and got so much reading done! My favorite of the week was definitely Words in Deep Blue. It's definitely on my top ten favorite reads of 2019. I was making a Thriftbooks order and was going through older books on my TBR I hadn't gotten to yet, and found this one. SO GLAD I DID! It's perfect that I read this book as a used book, as the book's setting is a used book shop. This is a love story for book lovers. READ IT NOW! Currently Reading
The Glittering Hour is a beautiful historical fiction--reviewing it here on December 12! I'm listening to Get A Life, Chloe Brown on audio and it's laugh out loud funny! Up Next

Conviction is the December Reese Witherspoon Book Club pick, and it was available at the libra…
3 comments
Read more
More posts