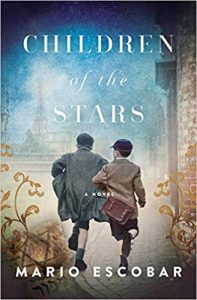 About Children of the Stars

Hardcover: 368 Pages
Publisher: Thomas Nelson (February 25, 2020)
From international bestselling author Mario Escobar comes a story of escape, sacrifice, and hope amid the perils of the second World War.
August 1942. Jacob and Moses Stein, two young Jewish brothers, are staying with their aunt in Paris amid the Nazi occupation. The boys’ parents, well-known German playwrights, have left the brothers in their aunt’s care until they can find safe harbor for their family. But before the Steins can reunite, a great and terrifying roundup occurs. The French gendarmes, under Nazi order, arrest the boys and take them to the Vélodrome d’Hiver—a massive, bleak structure in Paris where thousands of France’s Jews are being forcibly detained.
Jacob and Moses know they must flee in order to survive, but they only have a set of letters sent from the south of France to guide them to their parents. Danger lurks around every corner as the boys, with nothing but each other, trek across the occupied country. Along their remarkable journey, they meet strangers and brave souls who put themselves at risk to protect the children—some of whom pay the ultimate price for helping these young refugees of war.
This inspiring novel, now available for the first time in English, demonstrates the power of family and the endurance of the human spirit—even through the darkest moments of human history.

World War II historical fiction is one of my favorite time periods to read about because I always learn so much! What I enjoyed about this book was the perspective--two young Jewish brothers trying to reunite with their parents during the Nazi occupation of WW2. I loved the bond between these two brothers.  As expected with the time period, it was an emotional book to read, but despite the struggles the book still gave a sense of hope. There were so many beautifully written passages in the book that I had  to stop, reread, and even underline some passages (and I'm NOT one to write in my books).  If you love historical fiction set in this time period, this book is worth the read!

"At the age when concepts like the origin of the world, religion, and fatherland were nothing more than empty words,when the only country that matters to you is your mother's welcoming lap,your father's face lighting up when he sees you, or your arm slung over your brother's shoulder, home is wherever your family is." page 74 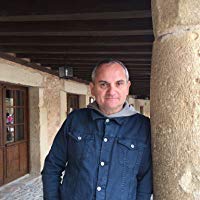 Mario Escobar Golderos (Madrid, Spain) has a degree in History, with an advanced studies diploma in Modern History. He has written numerous books and articles about the Inquisition, the Protestant Reformation, and religious sects. He is the directs the magazine Nueva historia para el debate, in addition to being a contributing columnist in various publications. Passionate about history and its mysteries, Escobar has delved into the depths of church history, the different sectarian groups that have struggled therein, and the discovery and colonization of the Americas. He specializes in the lives of unorthodox Spaniards and Americans. Books.