Blog Tour: The Woman with the Blue Star (excerpt) 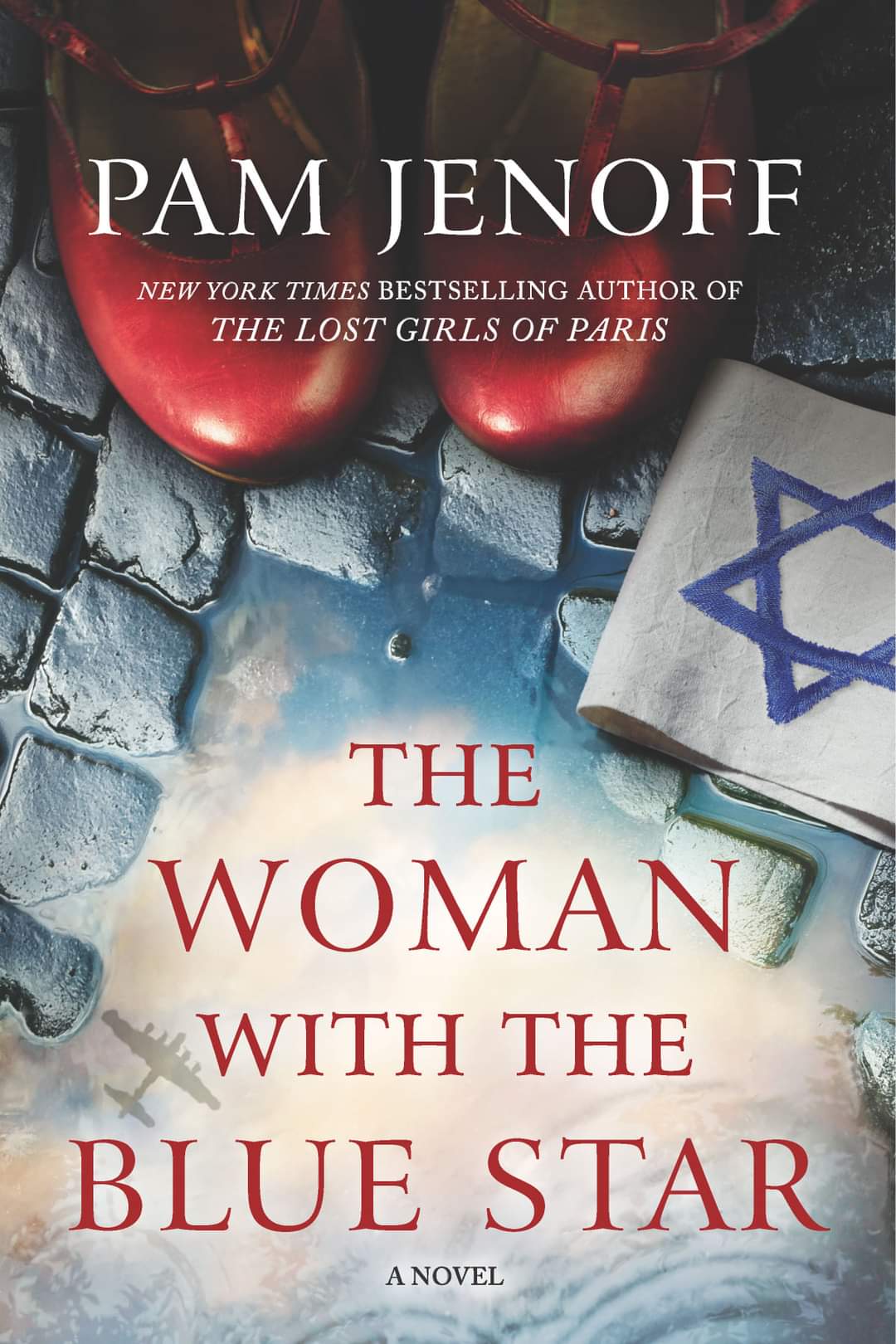 The Woman with the Blue Star

liquidate the ghetto, Sadie and her pregnant mother are forced to seek refuge in the perilous tunnels beneath the

One day Sadie looks up through a grate and sees a girl about her own age buying flowers.
Ella Stepanek is an affluent Polish girl living a life of relative ease with her stepmother, who has developed close

alliances with the occupying Germans. While on an errand in the market, she catches a glimpse of something

moving beneath a grate in the street. Upon closer inspection, she realizes it’s a girl hiding.
Ella begins to aid Sadie and the two become close, but as the dangers of the war worsen, their lives are set on a

collision course that will test them in the face of overwhelming odds. Inspired by incredible true stories, The Woman

human will to survive.

The woman I see before me is not the one I expected at all.

Ten minutes earlier, I stood before the mirror in my hotel room, brushing some lint from the cuff of my pale blue blouse, adjusting a pearl earring. Distaste rose inside me. I had become the poster child for a woman in her early seventies—graying hair cut short and practical, pantsuit hugging my sturdy frame more snugly than it would have a year ago.

I patted the bouquet of fresh flowers on the nightstand, bright red blooms wrapped in crisp brown paper. Then I walked to the window. Hotel Wentzl, a converted sixteenth-century mansion, sat on the southwest corner of the Rynek, Kraków’s immense town square. I chose the location deliberately, made sure my room had just the right view. The square, with its concave southern corner giving it rather the appearance of a sieve, bustled with activity. Tourists thronged between the churches and the souvenir stalls of the Sukiennice, the massive, oblong cloth hall that bisected the square. Friends gathered at the outdoor cafés for an after-work drink on a warm June evening, while commuters hurried home with their parcels, eyes cast toward the clouds darkening over Wawel Castle to the south.

I had been to Kraków twice before, once right after communism fell and then again ten years later when I started my search in earnest. I was immediately won over by the hidden gem of a city. Though eclipsed by the tourist magnets of Prague and Berlin, Kraków’s Old Town, with its unscarred cathedrals and stone-carved houses restored to the original, was one of the most elegant in all of Europe.

The city changed so much each time I came, everything brighter and newer—”better” in the eyes of the locals, who had gone through many years of hardship and stalled progress. The once-gray houses had been painted vibrant yellows and blues, turning the ancient streets into a movie-set version of themselves. The locals were a study in contradictions, too: fashionably dressed young people talked on their cell phones as they walked, heedless of the mountain villagers selling wool sweaters and sheep’s cheese from tarps laid on the ground, and a scarf-clad babcia who sat on the pavement, begging for coins. Under a store window touting wi-fi and internet plans, pigeons pecked at the hard cobblestones of the market square as they had for centuries. Beneath all of the modernity and polish, the baroque architecture of the Old Town shone defiantly through, a history that would not be denied.

But it was not history that brought me here—or at least not that history.

As the trumpeter in the Mariacki Church tower began to play the Hejnał, signaling the top of the hour, I studied the northwest corner of the square, waiting for the woman to appear at five as she had every day. I did not see her and I wondered if she might not come today, in which case my trip halfway around the world would have been in vain. The first day, I wanted to make sure she was the right person. The second, I meant to speak with her but lost my nerve. Tomorrow I would fly home to America. This was my last chance.

Finally, she appeared from around the corner of a pharmacy, umbrella tucked smartly under one arm. She made her way across the square with surprising speed for a woman who was about ninety. She was not stooped; her back was straight and tall. Her white hair was pulled into a loose knot atop her head, but pieces had broken free and fanned out wildly, framing her face. In contrast to my own staid clothing, she wore a brightly colored skirt, its pattern vibrant. The shiny fabric seemed to dance around her ankles by its own accord as she walked and I could almost hear its rustling sound.

Her routine was familiar, the same as the previous two days when I watched her walk to the Café Noworolski and request the table farthest from the square, sheltered from the activity and noise by the deep arched entranceway of the building. Last time I had come to Kraków, I was still searching. Now I knew who she was and where to find her. The only thing to do was to summon my courage and go down.

The woman took a seat at her usual table in the corner, opened a newspaper. She had no idea that we were about to meet—or even that I was alive.

From the distance came a rumble of thunder. Drops began to fall then, splattering the cobblestones like dark tears. I had to hurry. If the outdoor café closed and the woman left, everything I came for would be gone.

I heard the voices of my children, telling me that it was too dangerous to travel so far alone at my age, that there was no reason, nothing more to be learned here. I should just leave and go home. It would matter to no one.

Except to me—and to her. I heard her voice in my mind as I imagined it to be, reminding me what it was that I had come for.

Steeling myself, I picked up the flowers and walked from the room.

Outside, I started across the square. Then I stopped again. Doubts reverberated through my brain. Why had I come all of this way? What was I looking for? Doggedly, I pressed onward, not feeling the large drops that splattered my clothes and hair. I reached the café, wound through the tables of patrons who were paying their checks and preparing to leave as the rain fell heavier. As I neared the table, the woman with the white hair lifted her gaze from the newspaper. Her eyes widened.

Up close now, I can see her face. I can see everything. I stand motionless, struck frozen.

The woman I see before me is not the one I expected at all.

Excerpted from The Woman With the Blue Star @ 2021 by Pam Jenoff, used with permission by Park Row Books.

Pam Jenoff is the author of several books of historical fiction, including the NYT bestseller The Orphan's Tale. She holds a degree in international affairs from George Washington University and a degree in history from Cambridge, and she received her JD from UPenn. Her novels are inspired by her experiences working at the Pentagon and as a diplomat for the State Department handling Holocaust issues in Poland. She lives with her husband and 3 children near Philadelphia, where she teaches law.